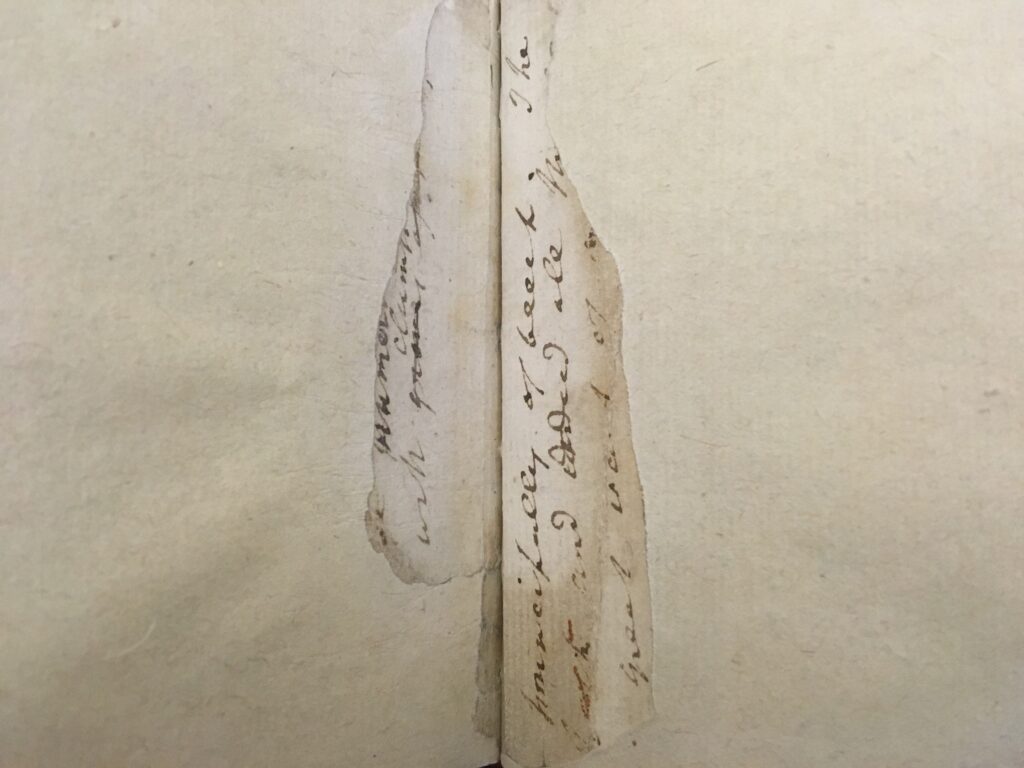 Today I had the pleasure of taking part in a Refugee from the Ravens event as people from Manna House in Kendal visited the Wordsworth Museum at Grasmere. It was wonderful to meet and make new friends in the form of Marion, Sylwia, Steve, Madhury, Sue, Heather, Lily and Stuart. Also present were other members of the project team: musician and sound artist Sophie Cooper and Julia and Phil, the project co-directors.

After getting to know each other over a cup of tea and having a short introduction to William and Dorothy Wordsworth courtesy of Victoria from the Wordsworth Trust, we proceeded to the museums reading room to meet Jeff Cowton, the Museum curator, who set the scene for our encounter with William and Dorothy and their close friend Samuel Taylor Coleridge, describing them as the punks of their day, due to their youthful radicalism and hunger for social change. Jeff gave a number of fascinating insights into the physical processes of writing and publishing that have enabled Wordsworth’s books and manuscripts to survive to this day – Madhury tried her hand at writing with a quill pen using ink made of oak gall on exactly the same 200-year-old paper that Wordsworth himself used, whilst Sophie recorded the amazing scratchy sounds of the nib! Jeff gave us a fascinating insight into Wordsworth’s composing processes by showing us an original manuscript in which one can see Wordsworth literally thinking on paper and follow how he created lines of poetry, developed them, moved them around and found new ideas in the process. A highlight of the session was being able to handle a first edition of Lyrical Ballads (1798), and listening to Steve reading ‘Old Man Travelling’ and Lily reading the first poem from the sequence ‘Poems on the Naming of Places’ directly from this ancient and precious volume – electrifying!

Following lunch the group had a chance to explore William and Dorothy’s home Dove Cottage, and to get a glimpse of the bustling creative vortex it must have been. This encounter and Jeff’s presentation was a fine preparation for a creative workshop led by myself, which investigated William’s unique approach to composing his poetry whilst walking. I handed out some slips of paper with lines from William’s poems which describe the act of walking, and we then proceeded to literally ‘walk the line’ by saying the words out loud as we walked ten paces, timing our steps to the syllables in the iambic pentameter line. Once we got the hang of this, we started to introduce our own creative material into our walk, and, in the final stage of the workshop we shared small performances which combined our movement and words. The whole workshop – and some individual verbal performances of the new poetry – was meticulously and creatively recorded by Sophie. She will use the sound material she gathers during the project, to make a new composition which will convey all the atmospheres and flavours of our creative encounters with Lyrical Ballads and its authors.

We packed a lot into this session, and it felt like we opened up some exciting possibilities for future exploration. Many thanks to everybody who came and made it such a memorable occasion.