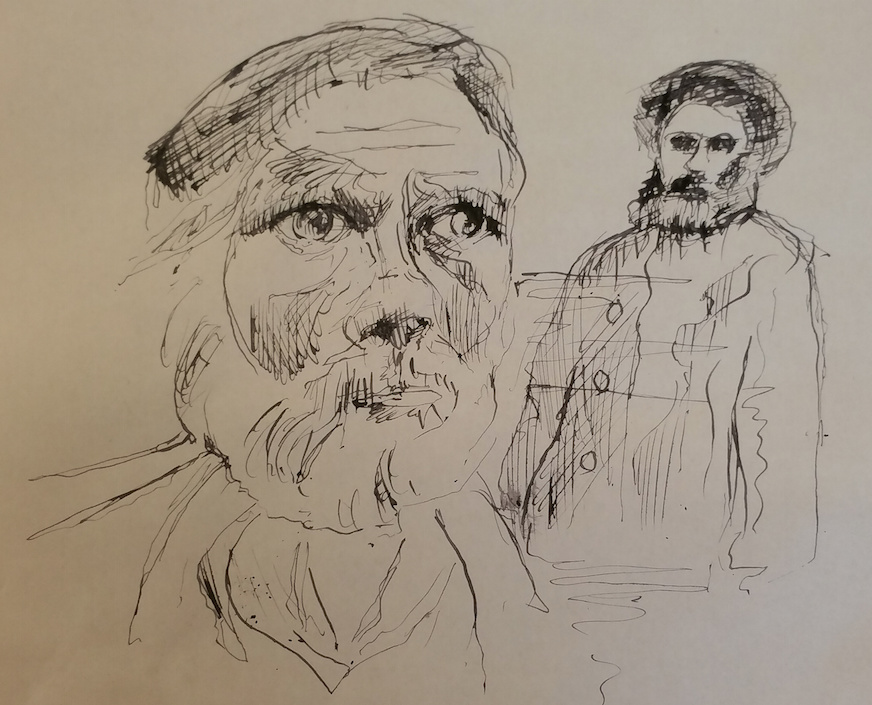 Sitting at the table in the middle of the big room in LDHAS, a support centre for people who are currently homeless, sometimes living on the street. Phil Moore, the manager of the centre, jokes that it’s been patched so many times it has more strength than conventional buildings and would be a good fallback position if there’s an apocalypse.

And you might say that the men and women here have seen the very edge of the world, and sometimes fallen off. This is my first day here, as a kind of poet in residence and so people have to suss me out, see if I’m okay. At first this means short noncommittal comments and cautious body language when I sit down at the table. But little spaces open in the conversation and the group are kind enough to let me in, at least a little way.

Later on this morning I will talk with a man who says that he must keep moving, whatever he does, so that he does not have to think about his life. He’s in the same restless spirit wind that carried Wordsworth. He told me he’s walked 4000 miles so far around in around the UK. I tell him about Wordsworth, tell him that it’s a good way to find peace but you’ve got to be careful not to wear yourself out.

Later again I will talk with someone who hears voices every day and he gives me very clear instructions on how to treat the voices, how to be kind to them and yet not be deceived. Explains paranoid schizophrenia to me, from the inside. It’s the most precise and insightful description of this situation that I’ve ever witnessed. He tells it with the hint of a shake in his voice — and with great anger, at some moments. I write down his words, read them back to him. He nods, it’s a legacy, he says.

All this will happen later, but right now I’m sitting at this table, waiting for it all to begin.