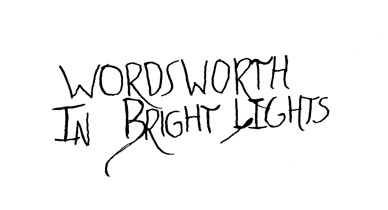 He was holding a sleeping bag draped over his arm, it dragged along the ground after him. His eyes were blurry, speech mumbled. The last time I saw him he’d been quite different, with a glimmer of fun in every corner of him. He illuminated the whole room and everyone in it. This time I had to lean close to hear what he said.

He’d been sleeping on a bench somewhere on the outskirts of Lancaster. Got very scared since he was beaten up by a gang of kids months ago. From joker in the pack, he’s morphing into something else, an identity much darker.

His stories are funny and clever and full of emotion, a laugh or a cry. He told me he’s still a punk rocker when it comes down to it. I asked him if he felt free, living outside, obeying his own rules only.

He said he used to feel free, but now his bones are too old. He kept rocking gently back and forth, saying how sore he felt, how much he ached. He’d fallen off the bench while sleeping and landed on the arm that was broken last month when he was attacked. He downed a bottle to kill the pain and because that’s what he does.

We talked about Hemingway and Steinbeck. He said he’d got a lot of sympathy for the old man in Hemingway’s famous story of age and mortality, The Old Man and the Sea. We talked about the Sex Pistols, as we had done the first time that we met. He said that he had been living in squats in London when he first moved to England and he chanced into the group of people around the Pistols. John Lydon used to come to the squat wearing a golden jacket, as a joke.

He told me he didn’t really like himself, hadn’t really made anything of himself. The conversation abruptly skidded into a dark fog. I tried to tell him that he’s worthwhile. He shook his head sadly, told me he wished he done something with his life, but now he wanted to end it. That would be simpler.

As I’m writing this, there’s hail hitting the window. He’ll be out there, if you see him treat him gently. He breaks easy.