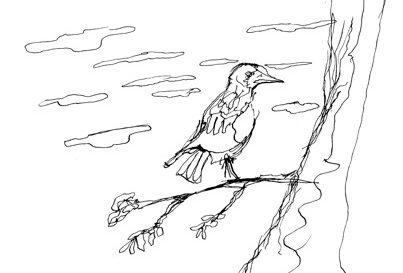 EXPLORING REFUGE FROM THE RAVENS WITH ONE OF THE MAKERS

Refuge from the Ravens is a book (and a whole project) that reflects on and discusses Wordsworth’s work, particularly the Lyrical Ballads, and is a sharing of experiences relating to contemporary homelessness.

These experiences are utilised to create new works that echo the poems discussed and real, modern, experiences from various viewpoints and focusing on multiple aspects of the issue. An amalgamation of very different perspectives and views, from a strong process of collaboration which led to an organic growth of ideas into fully-formed pieces. The printed book, Refuge from the Ravens, also gives a unique descriptive aspect of the world that is often under-represented, in a manner that is quite rare.

The inspiration of Wordsworth’s work sparked a range of reactions, used very effectively to direct energy and creativity into expressing our thoughts and experiences. Particularly in recognising where parts or themes present within Wordsworth’s work still resonate with modern experiences and feelings relevant to this day and whose echoes still ring true.

A much-needed dose of realisation and reality that people strive to avoid so heavily for their own comfort. However progress requires a certain amount of discomfort. The possibility of pivotal change grows from the ability that forces people to accept and acknowledge realities. Dark and blunt melodies of the written word demonstrate situations and emotions as well as state of mind are important in communicating those things in understandable manner and an almost subconscious universal language of sorts, that taps into the very psyche of the effects of certain circumstances, in a way that normal practical explanation fails. In making the empathetic link, a key level of deep communication is expressed that would otherwise not be understood or generally misunderstood in other contexts.

I find one of the most troublesome factors in understanding different situations is the wide frame of reference and there is a way in which art circumvents this by tapping into a universal base of expression that is not subject to society’s norms and expectations. It generates an emotional connection to the practicality of a situation beyond the way society functions on a day to day basis. Refuge from the Ravens is a rare chance at illuminating the struggles of a whole section of society whilst still keying into and reflecting into the emotions of those who have not experienced it at the same time and creating a bridge of understanding.

It a brilliant pathway to connect parts of society that do not often meet in the middle, a join between the disaffected and the norm — showing how the same struggles are reflected in different senses and different magnitudes, whilst humanising those who are often ignored.

There is a very specific way in which both the factors of homelessness and mental health issues lead to a very different view and life experience for a lot of people — a stark factor of how it can lead to feeling as if you are seeing the world from the outside inwards. As if there is a barrier between you and the mindset of those who live on the inside of that reality. Breaking that invisible wall is a key and important aim and part of this project, which attempts to key into a more universal language present in the creative form in attempt to bridge the gap in some way.

These works of poetry, art, song, demonstrate core truths that translate across vast spans of time — as well as the sense of feeling outside of the realm which the majority live in. A sense of harsh realities that many don’t and will not face, described by some of those who have had to.

To buy the book, go to www.oystercatcherpress.com