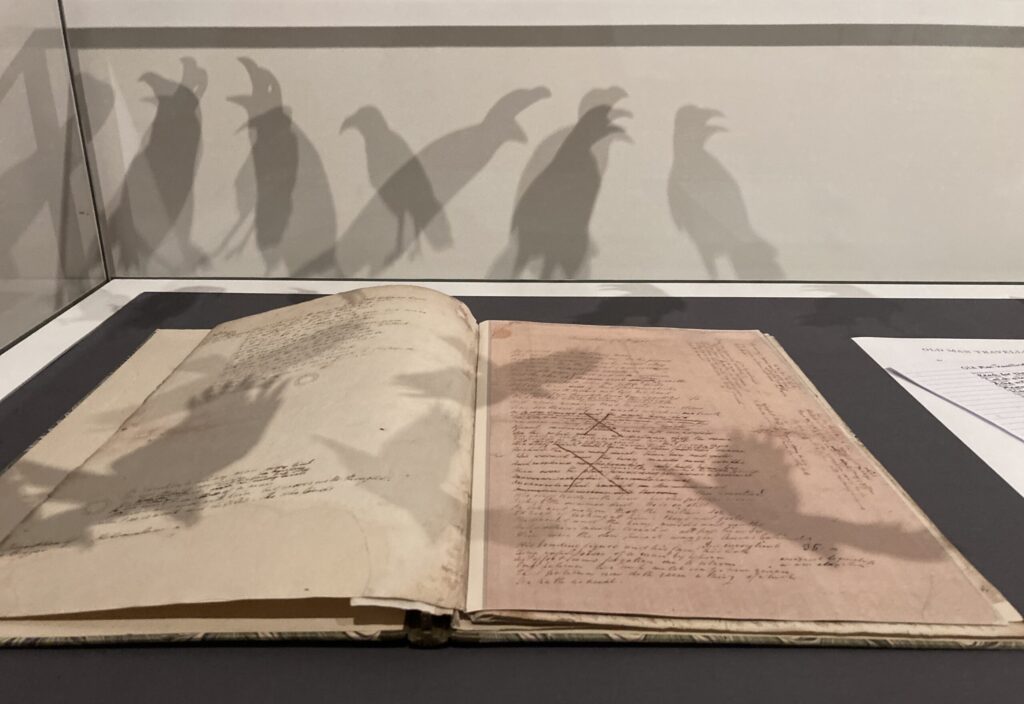 In 1798 William Wordsworth and Samuel Taylor Coleridge wrote the Lyrical Ballads, a ground-breaking collection of poetry that featured stories of ordinary people walking the roads of a country in turmoil, giving a voice to people never previously considered in poetic writing. This exhibition is a 21st Century response to the original Lyrical Ballads. It was made with over 100 people affected by homelessness, and other vulnerable people in North West England, who came to Wordsworth Grasmere to meet with Wordsworth, Coleridge and Dorothy across time through their original writings and notebooks and draw inspiration for this New Lyrical Ballads.

Wordsworth and Coleridge took English language poetry in a completely new direction and, as Wordsworth said, reminded society that “men who do not wear fine cloaths can feel deeply”. Today, over 200 years later, homelessness and social inequality are still with us and on the rise – the gap between rich and poor is ever-widening, leaving many people tumbling into the void…

We’ve used traditional pens and ink to write many of these poems, but also employed newer technology — Refuge from the Ravens is a book, a song cycle, a soundscape and a film. Most of all it tells of human experience by the people who have lived it, whose voices, words and visions fill the room.

A Zwiebelfish CIC project , supported by the Heritage Fund.

The book of poems is published in association with Oystercatcher Press.

To buy the book online, go to www.oystercatcherpress.com